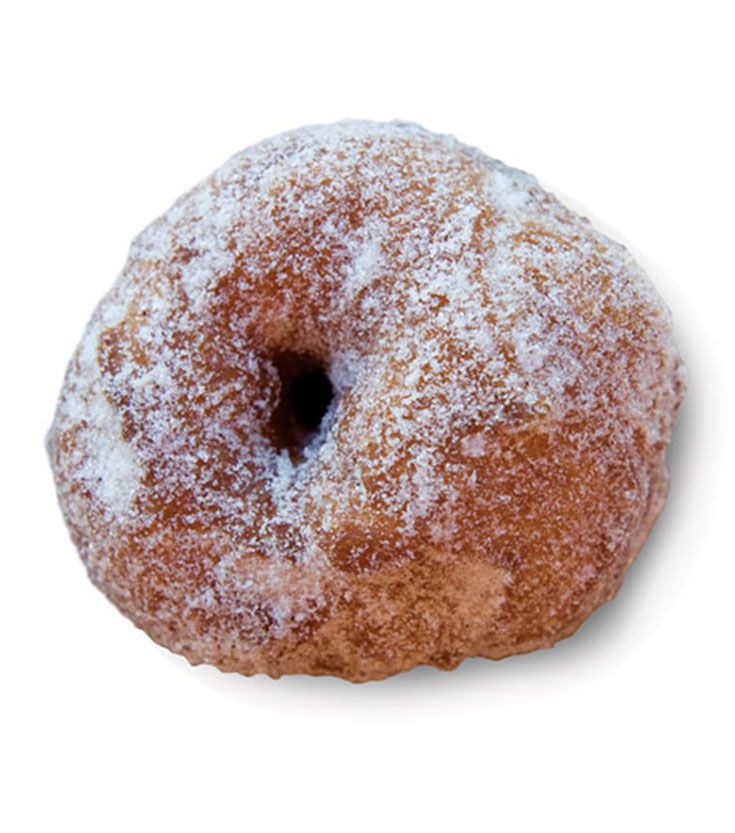 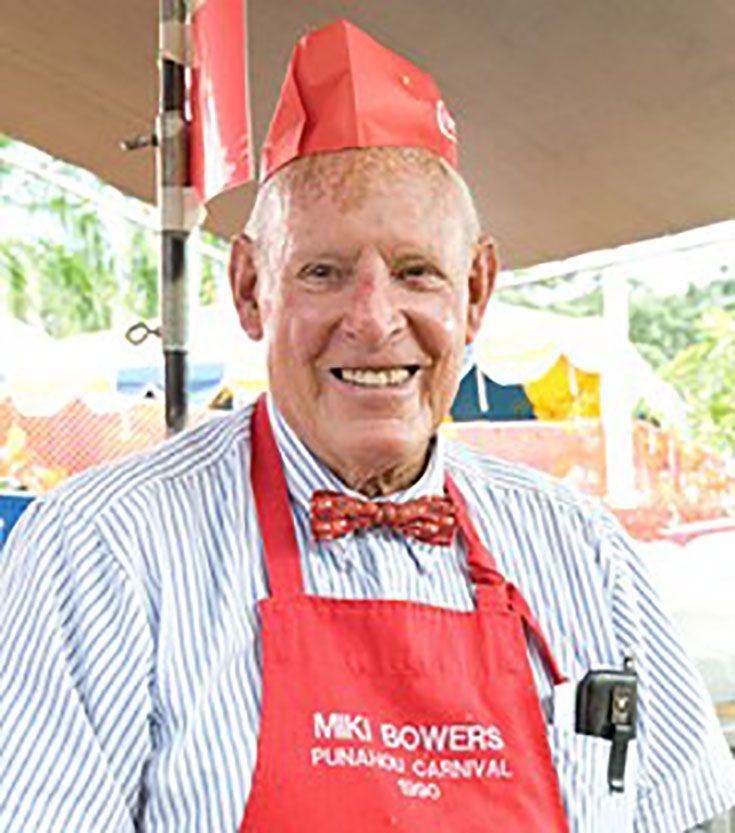 For many, simply mentioning the Punahou Carnival evokes memories of its hot, sugar-coated malasadas.
Where did Punahou’s malasada tradition begin? There are rumors that the recipe came from the mother of one of the first malasada booth volunteers, but the real story dates back to the 1958 Carnival, when Francis “Miki” Bowers ’45, a Punahou School math teacher, led a newly created malasada and corn-on-the-cob booth with his homeroom class. That year launched Bowers’ lifelong association with Punahou Carnival malasadas.

Dr. Bowers’ daughter, Laurel Bowers ’71 Husain, says the malasada recipe came from her father’s good friend, Minnie Marciel, who was manager of Punahou’s cafeteria at the time. Marciel contributed several other recipes that would also become Carnival classics, such as Portuguese Bean Soup.

Dr. Bowers taught math at Punahou from 1951 until 1998 and manned the malasada booth continually after its founding, even after his retirement. His last year making malasadas was in 2010, at 82 years old – that’s dedication.

Along the way, Dr. Bowers acquired the nickname “Mr. Malasada” because he was truly the face behind the malasada-making tradition. After he retired from teaching, an entire generation of student and parent volunteers knew him only as the happy, hard worker behind the malasada cooker, rather than the former head of Punahou’s math department.

As a retirement present in 1998, Dr. Bowers was given a malasada cooker with a dedication plaque. His humor and charisma left an impression on everyone working the Waikiki malasada booth. Because he was known for wearing bow ties, the year he passed away, many people on campus wore bow ties in memory of him.

Mr. Malasada’s granddaughter, Mahina Husain ’14 is the sixth generation of her family to attend Punahou. She shares her grandfather’s love for Punahou, Carnival, and worked the malasada booth her freshman and sophomore years, wearing her grandfather’s special 35th anniversary malasada apron, hat and red bow tie.

Dr. Bowers’ enthusiastic approach to working at Carnival rubbed off on many around him, and his aloha for Punahou is still alive today. The pride Dr. Bowers took in serving the Punahou community exemplifies the spirit of Carnival; building strong bonds with students, classmates and colleagues, and creating memories to last a lifetime.