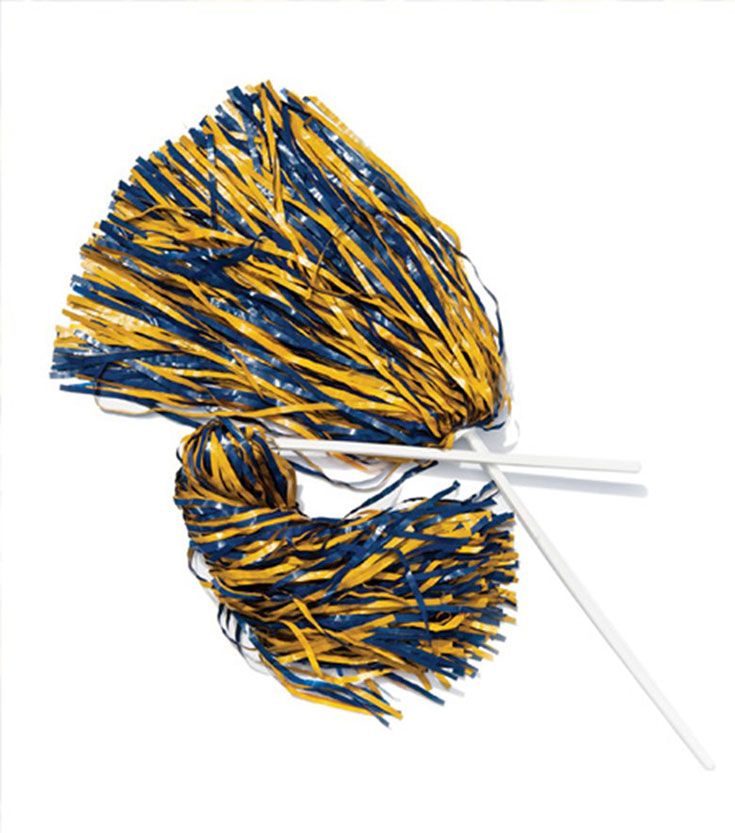 I started my 23-year career at Punahou School on January 2, 1990. My daughter was in fifth grade and my son in kindergarten. I was immediately thrown into all that is junior year and Carnival with the Class of 1991. I learned quickly that the Class of 1991 was also the Sesquicentennial class – 150 years!!

I survived Carnival, including 55 gallons of cold water being dumped on me at pre-Carnival activities, which in those days included a water balloon fight on upper field – but that’s another story.

In the fall of senior year, the School was celebrating the start of our 150th year! One day, I received a delivery of several large boxes containing 2000 buff and blue pompoms. Paula Kurashige, Class of 1991 dean, gave me simple instructions: “Please distribute to everyone in the Academy.”

When you release 2000 pompoms from their cardboard boxes, you have a virtual explosion of blue and yellow plastic strips on white plastic sticks. I had to organize my student workers to count, bag and tag the pompoms for distribution to the 80 advisory periods. Then, we made sure every teacher and staff member got one.

I can’t even remember the first time we used them, but there we were – 2000 pompoms waving in classrooms, hallways, the Academy quad. Everyone wanted one and we made sure all the pompoms found homes.

I took my pompoms to Junior School pep rallies and assorted sporting events. I distributed 1997 of them and still have three left. Interesting…my daughter was in the Class of 1997.