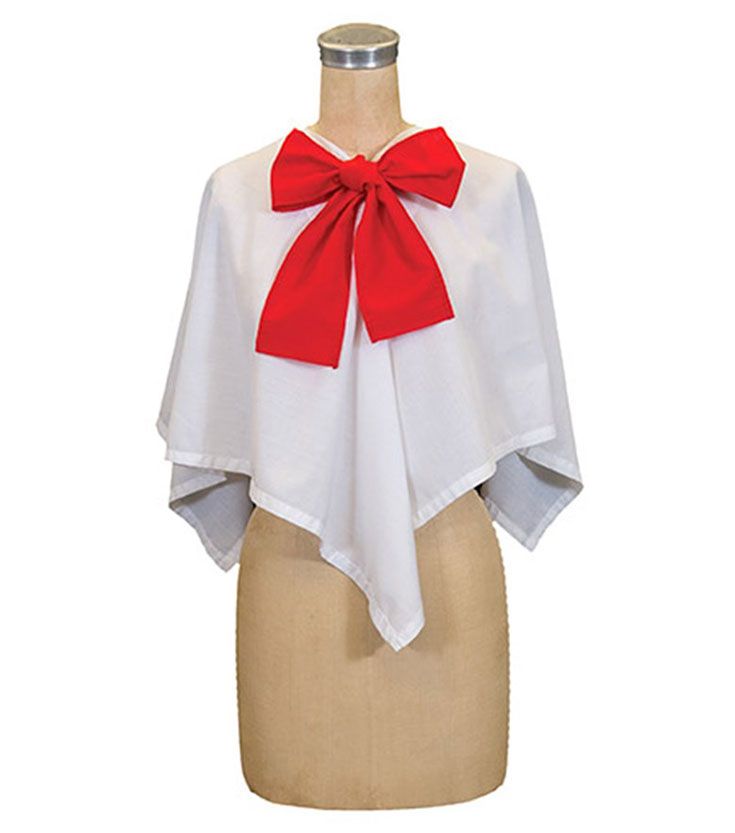 This cotta, with its signature red bow, will transport generations of Punahou alumni back in time. Whether they celebrated chapel services in Dillingham Hall, MacNeil Science Center or in Thurston Memorial Chapel, most of Punahou’s younger students have donned the short white surplice that signals an active role in one of the liturgical services that has accompanied the School since it’s founding.

At the time of Punahou’s establishment by Congregational missionaries, the Protestant beliefs of its founders infused every aspect of the School’s operations, from classroom education to extracurricular activities.

Under the leadership of Rev. Daniel Dole (1841 – 1854), religion was part of daily life, including morning prayer sessions and daily Bible readings. Boarders attended Seamen’s Chapel on Sundays, and students learned the tenets of the Christian faith, including use of a catechism. For decades, the president of the School led moral and religious education, teaching at least one of the religion courses and serving as the School chaplain. Dole argued for the acceptance of non-missionary children at Punahou School as early as 1846 and the first Hawaiian girls were admitted in 1852, followed by the first Hawaiian boys in 1855.

During the tenure of President William Ladd Jones (1878 – 1883) there was a paring down of religious instruction as education in the natural sciences grew, mirroring broader changes in the world at large. This also reflected the growing number of non-missionary children, as students from different faith traditions were becoming the rule, rather than the exception at Punahou.

During the late 19th century and early 20th century, religious instruction became more academically oriented, with a number of courses in Oahu College’s five-year religion program. In 1919, evening prayer meetings and Sunday evening hymn services were discontinued, although daily chapel services and the attending of church and Sunday school were still required for all students. In 1929, the Trustees organized a committee with the purpose of finding a chaplain and evaluating the School’s religious programs.

During WWII and the School’s exile from its campus, religious instruction seems to have been put on hold and there is a gap in the Punahou chaplaincy, but in 1944 President John Fox arrived with new goals for the school that included a clear emphasis on the importance of a Christian education at Punahou. In 1946, he reintroduced formal chapel services and vespers, a Bible elective course in the Academy and an informal devotional period at the beginning of each day. Hiring a full-time chaplain was part of Fox’s solution to having moral and spiritual education “hold its rightful place” at Punahou and in 1945, Myron Sibley, the first full-time chaplain, arrived.

During Fox’s presidency, Punahou underwent dramatic changes. Enrollment grew to approximately 2,000 students and the post-war campus evolved considerably, with modern facilities like Winne and Dole cafeteria replacing wooden buildings that had been built in the 19th century. In 1949, a newly-ordained Presbyterian minister, Rev. Kenneth Rewick, arrived at Punahou with an ecumenical approach that was warm and inclusive, winning over children, teachers and parents alike. A graduate of the University of California – Los Angeles School of Law and a former platoon leader in WWII, he changed his career to the ministry after having an insight that “many young people lacked any real understanding of what made life tick.”

Rewick created chapel programs for each grade level, each with its own specific method of worship, and “Daily Devotional” readings that were distributed to all homeroom advisors. Enthusiasm for chapel grew under Rewick’s leadership. He brought famous figures such as Jackie Robinson and Martin Luther King, Jr. to be guest speakers at chapel, and he began to voice a desire for a dedicated chapel building. 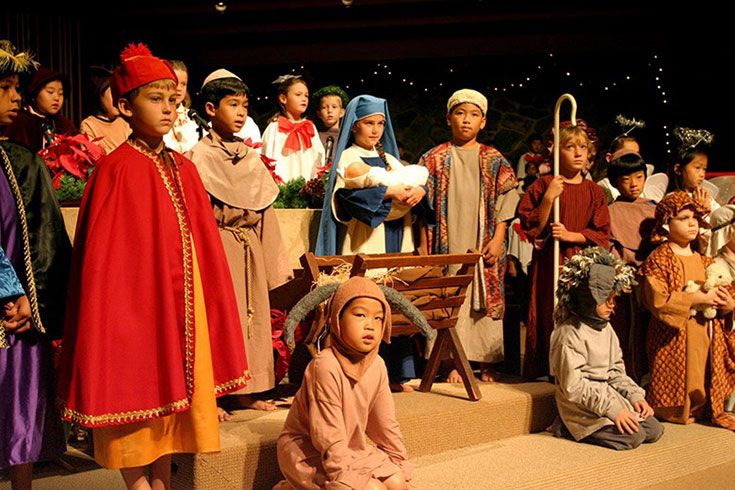 Rewick often extended his services as a guest speaker in classes and reorganizing the religious-sponsored extracurricular club, Hi-Y. Enrollment for elective Bible study classes doubled and participation in chapel services was at its peak. Rewick pleaded that, “the next big step in developing Christian Education at Punahou is the building of a chapel. Just as a family needs a home, so Punahou needs a place in which its young people can truly worship God together.”

Approval for the building of a chapel was finally granted and the Robert Shipman Thurston Memorial Chapel was dedicated in 1967. It was the gift of Mr. and Mrs. Robert Thurston family to honor the memory of their only son, a graduate of the centennial class of 1941 who was killed in WWII. The building’s design, by architect Vladimir Ossipoff, incorporated the New Spring by lowering its floors to be physically closer to the water, some of which can be seen from within the chapel walls. The chapel’s koa wood entrance doors feature sculptured panels of copper telling biblical stories selected by students. They were designed by Jean Charlot and crafted by Evelyn Giddings.

Today, three chaplains oversee grades K – 5, 6 – 8 and 9 – 12. They work closely with Punahou faculty and staff to design grade-appropriate chapel services once per cycle, along with other events and programs throughout the year. Their approach to spiritual and character education is non-denominational and embraces all cultural and religious traditions, while simultaneously honoring Punahou’s Christian roots.

For many students, chapel is one of the first arenas in which they have the opportunity to present and perform before their peers and other audiences, with annual favorites always drawing a full house, such as the second-grade Christmas pageant enhanced with exuberant cotta-clad students. The first faculty and staff chapel service each fall and the last chapel of the year for graduating seniors are also highly anticipated. With the opening of Luke Center for Public Service in 2004, a rich collaboration between chapel and the School’s service learning program has developed.

Punahou’s chapel and chaplains also serve the broader community, including numerous weddings and memorial services, as well as a Christmas Eve service and film screenings, guest speakers and other community programs throughout the year.