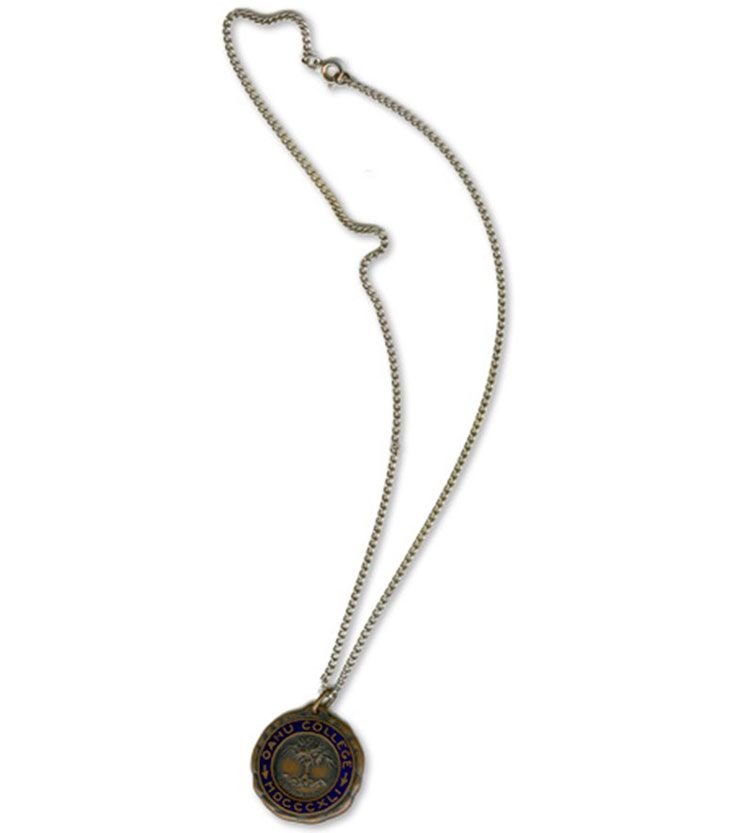 This medal is likely a Thurston medal from the intramural Thurston meets that were instituted in 1916. These encouraged young men and women swimmers at Punahou, contributing to the rise in Punahou’s swimming talent at a time when few other schools could do the same. The medal, shared by Hanna Lillico, was awarded to her grandfather J. Dickson Hitchcock (1920) in 1918. Dickson’s family had deep roots at Punahou: his father, D. Howard Hitchcock (1881), was a celebrated painter and his grandfather, David Howard Hitchcock (1849) was one of the first students to attend the School. 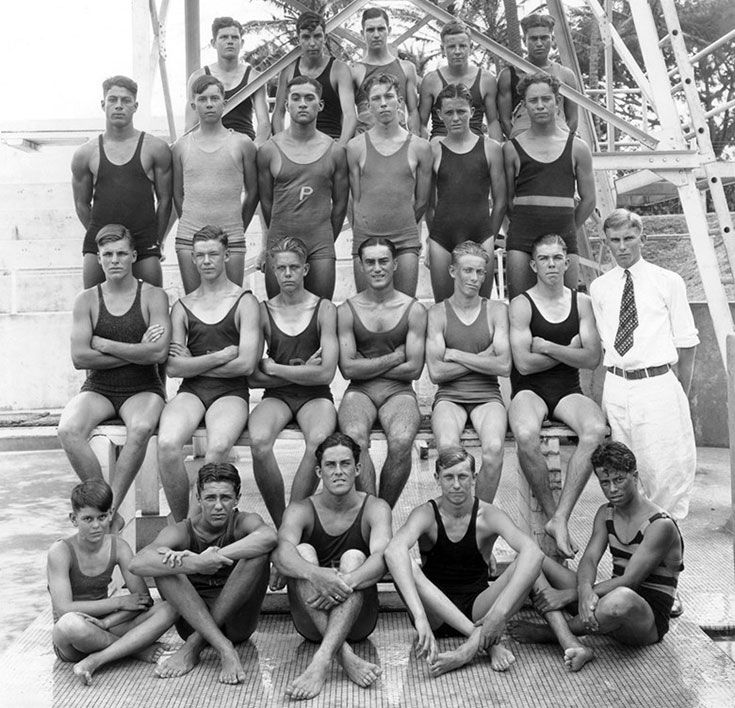 Swimming ran in the Hitchcock family. Dickson’s second cousin, Randolph Howard Hitchcock (1912), was in a group of notable swimmers who participated in Honolulu’s first swimming competition, held at the Hotel Baths in 1907. The group formed Punahou’s first complete team in 1911, when they swam at the new Fort Shafter swimming tank against U.S. Army soldiers and the Healani swim club. Two years later, they repeated their victory swimming against Healani and the soldiers at Schofield, doing so well that they were encouraged to compete against future champions like Olympic medalist Duke Kahanamoku in the Amateur Athletic Union (AAU) meet that year. 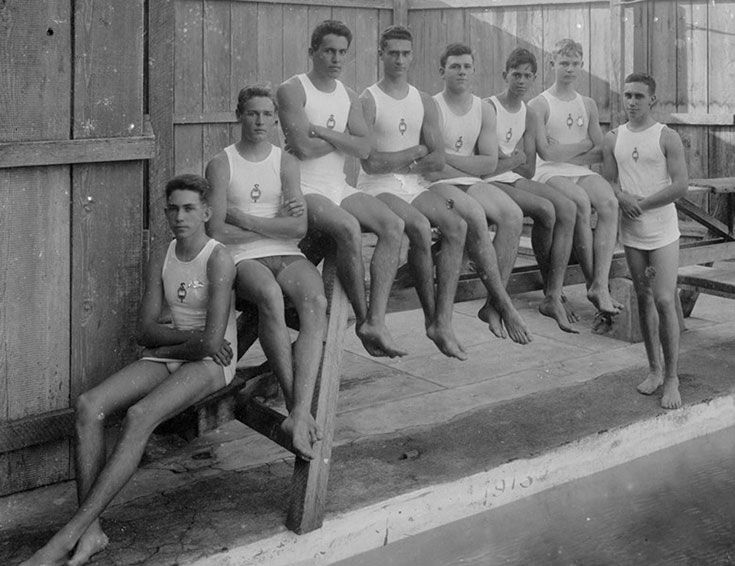 “They used the new Australian crawl stroke before it had become common on the mainland, and all of them could do 50 yards in 28 seconds flat. C. M. Daniels, the world amateur champion, had been swimming 100 yards in 60 seconds, and the American intercollegiate record for 1907, using the new stroke for the first time, was 27 4/5 seconds.”

The same year that Thurston introduced his intramural competitions at Punahou, the Yale swimming meets (co-hosted by Punahou School) were held at the new YMCA tank. Many Punahou graduates went on to study at Yale University, and they gained such a reputation for their swimming ability that Yale teams nearly always contained Punahou men; a swimming captain from the Islands informally became a Yale tradition. The Yale meets likely contributed to the organization of swimming as a league sport in the ILH in 1917, with Punahou winning the inaugural title.

Naturally, faculty were also behind Punahou’s success. A Punahou swimming teacher at the time, Ellen Fullard-Leo, became the first woman delegate at the AAU’s national convention and later served as a member of the U.S. Olympic Executive Committee. She was also a judge at the 1924 Olympics, and took numerous Hawai‘i swimmers to meets throughout the Pacific, the continental U.S. and Canada. George David “Dad” Center was another remarkable instructor who helped train a many successful young women swimmers.

Thurston’s enthusiasm for Punahou’s swim program led him to campaign for a better pool and he had plans drawn up for a 75-by-35-foot tank modeled on Yale’s. Mr. and Mrs. John Waterhouse stepped forward and offered to finance the building of the pool in memory of their daughter Elizabeth (1922), who had enjoyed swimming during her years at Punahou before her tragic death in an automobile accident. 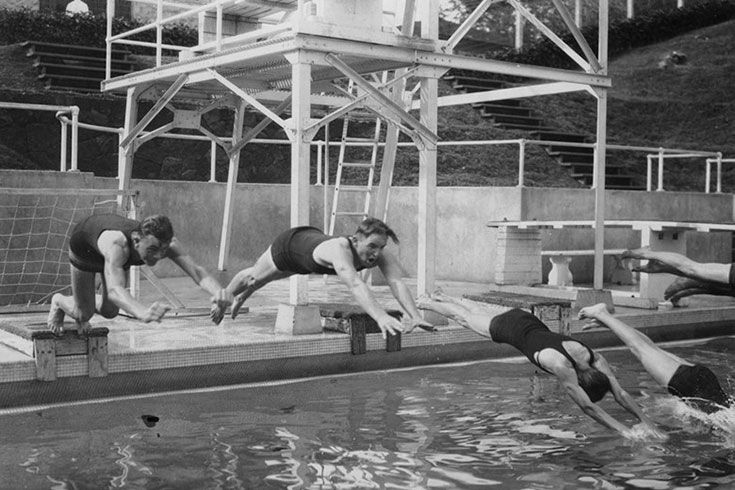 The first Elizabeth P. Waterhouse pool was inaugurated in 1922 and would produce fine Punahou athletes such as Bouldin Burbank (1924) in diving and Benton Wood (1928), Clarence Linden “Buster” Crabbe (1927) (who shattered the world record in the 300-yard medley at the National AAU meet), David Livingston (1930), and Bill Newport (1930) in swimming.

Despite its late start as an organized interscholastic sport, swimming had become an integral part of the School’s athletic program. In 1981, the Waterhouse Pool was enlarged to Olympic dimensions and continues to nurture record-breaking student athletes.