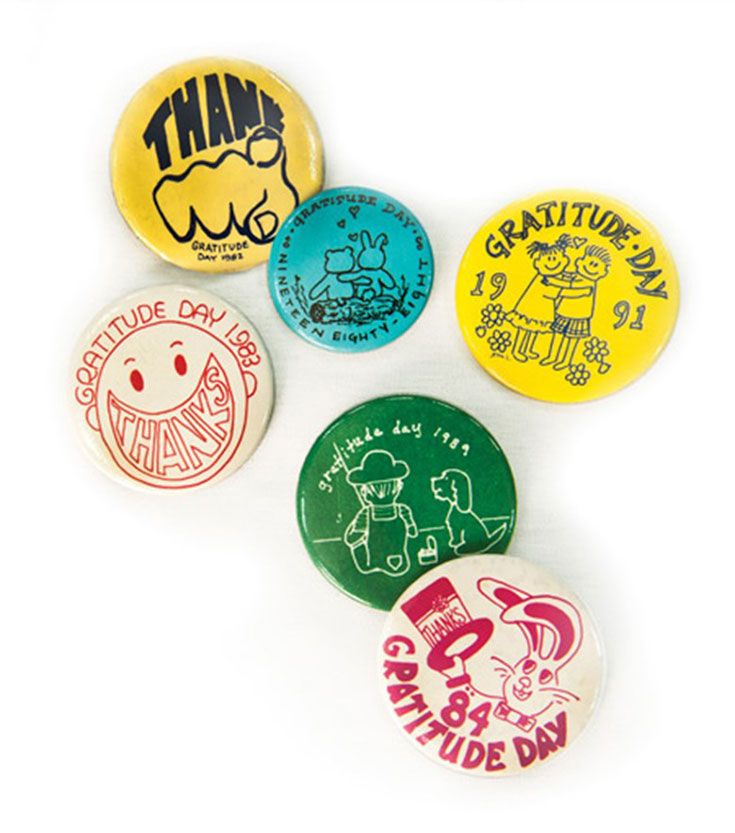 A campus tradition for more than three decades, Gratitude Day originated when Punahou parent Edna Lemle approached Academy Principal Win Healy in 1975 with an idea; Lemle had established World Gratitude Day in 1964 and hoped the School would participate in the annual celebration. Healy invited interested students to lead the initiative and, on Sept. 21, 1976, a festive atmosphere of balloons, pep squad cheers and marching band music launched Gratitude Day at Punahou. Five thousand “Mahalo-grams” carrying handwritten messages of appreciation from students and faculty were distributed across campus, initiating a tradition that would deliver over 30,000 Mahalo-grams per year by the early 2000s.

The annual event always elicited campus-wide participation and the organizing committee of student and faculty volunteers would devote an entire day to painstakingly review and sort the grams, which became known as "The Big Sort." Small gifts like student-designed pins, key chains and pillboxes were often distributed with the notes, adding to the enormous task of sorting and distributing the grams.

Although the printing and distributing of Mahalo-grams ended in 2009, the idea of expressing gratitude to those who have inspired us remains an integral part of the School's culture. Today, the Punahou ‘ohana continues this tradition of sharing gratitude and building community through acts of service throughout the world.