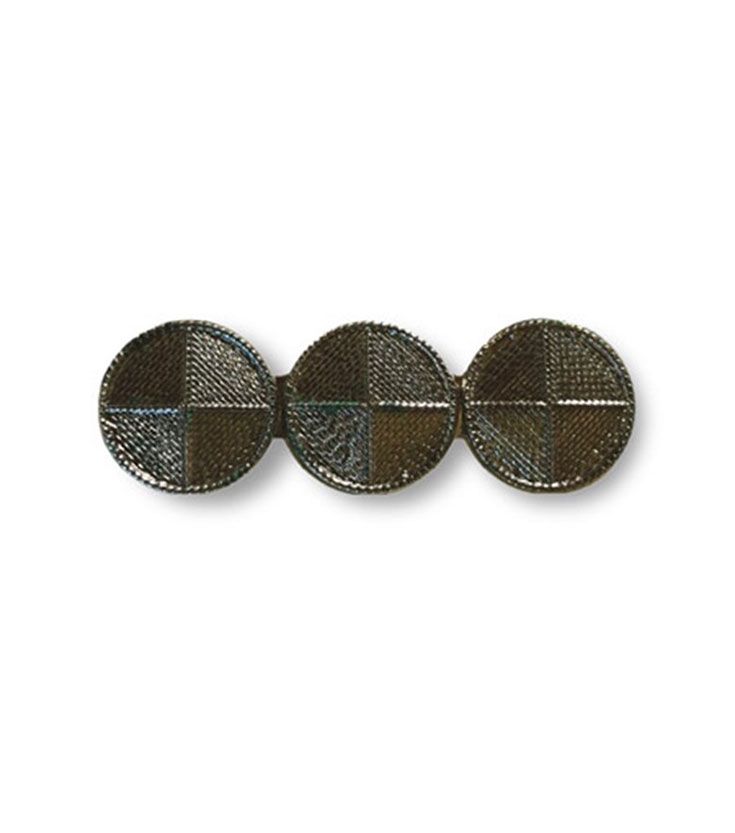 This JROTC Sponsor pin belonged to Charm Cushnie ’59 Lyons, who remembers that, “While it wasn’t rigorous or difficult to learn the drills, we all held our breaths because we really wanted to do it correctly.”

Marching across Alexander Field in their impeccably tailored white sharkskin suits, Punahou’s JROTC Sponsors exhibited the “military bearing, beauty and a certain amount of politics” that had earned them their positions. Comparable to the exalted female role of song leader, Marcia Janice Reed ’54 remembered being “thrilled to learn that I had been selected as Sponsor for the boys in Company B.” Reed received the honor after being nominated by company commanders – many of whom ended up marrying their nominees – approved by the administration, and voted upon by the cadets. The girl with highest number of votes was named the battalion sponsor and, as recalled by Karin Johnson ’63, would “present lei to visiting military dignitaries during our parades.”

Johnson walked in the footsteps of Mapuana Peters (1922), Barbara Walker (1923) and Erma Tarleton (1921), Punahou’s inaugural group of JROTC Sponsors in 1920. With the exception of a brief WWII hiatus, these girls would strive to help their commanders make the Punahou unit the best in the Honolulu. But change was coming to the program. The Vietnam War led to a voluntary military enrollment in 1970 and the growing feminist movement would see Terece Stovall ’72 enlisted as the first female JROTC cadet in 1971. With gender integration in place the role of a Sponsor became superfluous and the practice ended soon thereafter. Ronda Ching, Sandra Chun, Lori Endo, Debbie Kim, and Joanne Okazaki ­– all members of Punahou’s class of 1977 – would be the last to serve in what had been a 57-year tradition.