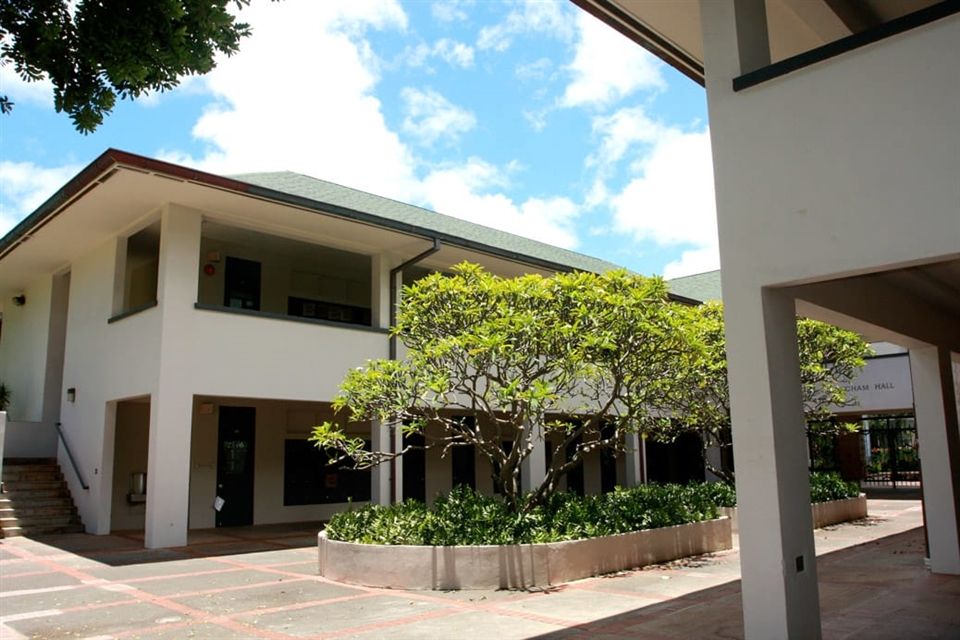 The first Bingham Hall, completed in 1883, was a three story brick or stone structure, first known as the “Main Building.” It contained a large dining room, a library, a music parlor and dormitories. It was dedicated to Mr. and Mrs. Bingham in 1900. The building was demolished, and replaced with its newly constructed namesake in 1958.
Reverend Hiram and Sybil Bingham
Members of the Pioneer Company of missionaries, Reverend Hiram and Sybil Bingham arrived aboard the Brig Thaddeus in 1820. Mr. Bingham led the mission in Honolulu and was pastor of the first church, Kawaiahaʻo. He contributed to the development of the written Hawaiian language and is credited with translating several chapters of the Bible.
Mr. Bingham’s position as trusted advisor to the King and the chiefs resulted in the gift of the land of Ka Punahou from Boki and Liliha. Kaahumanu is considered responsible for this gift. While the land was given to the Binghams and they resided there, initially in a thatched hut erected under Kaahumanu’s orders, the land was held by the Sandwich Island Mission.
The Binghams oversaw the early development of the land and Mrs. Bingham planted the first night blooming cereus, now a symbol of Punahou. The Binghams left Hawaiʻi in 1840 before Punahou School became a reality, but their commitment to the ideals of education and their selflessness in support of their mission is still remembered on today’s campus.