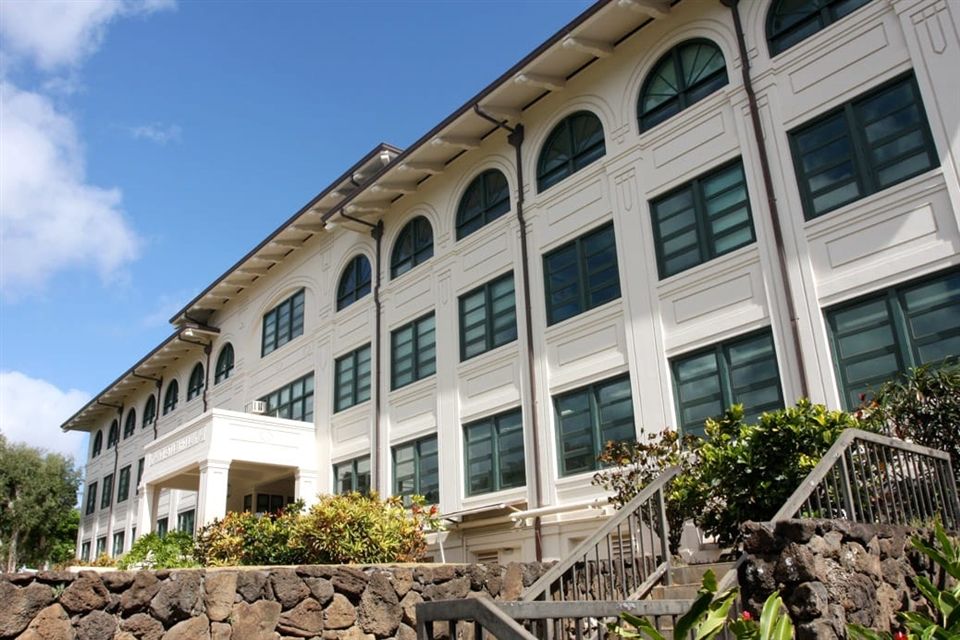 Castle Hall is home to grades 4 – 5 and Junior School administration, as well as elementary-level art and music classes.

The first Castle Hall, named in honor of Samuel Northrup Castle, was built in 1911, but burned to the ground. The current building was built in 1913 as a girls' dormitory, and was the first cement building in Hawai'i.
In 1922, a rifle range and the Little Theater were added to the basement. Boarding ended in 1961 and the external lanais of the building were enclosed, creating classrooms for a growing school population.

Samuel Northrup Castle arrived with the 8th Company of missionaries in 1837 as Assistant Supervisor of Secular Affairs. He, with Gerrit Judd and Lowell Smith, comprised the original committee charged with finding a president of the new mission school in 1840. he became one of the original trustees of Punahou in 1841.
Castle left the mission in 1851 and, with Amos Cooke, founded Castle and Cooke Co. Father Castle served as trustee and treasurer at Punahou until 1881, when he retired. In 1891 at the Semi-Centennial celebration, he was the last original trustee in attendance.
Mary Tenney Castle, known as "Mother Castle," participated in religious and educational interests throughout her life, forming the Free Kindergarten and Children’s Aid Society. Her philanthropic work was extensive and she formed the Mary Castle Trust in 1894 to oversee her interests. Her gifts funded both the original wooden structure and the cement replacement.
Back