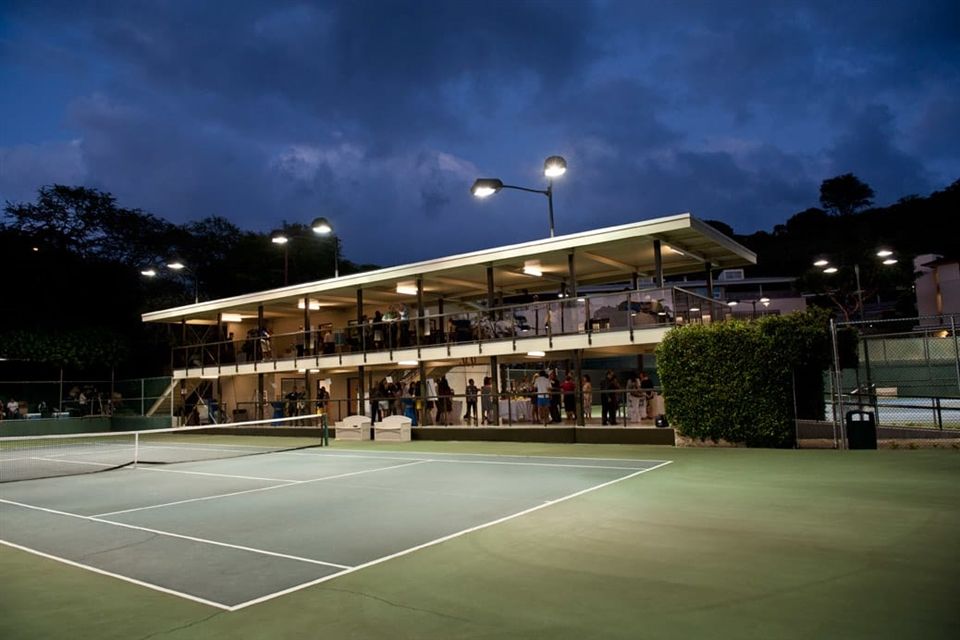 These six busy courts anchor a tennis program that serves 2,500 students each year, including Punahou's ILH teams and co-curricular Tennis School students. The courts feature covered spectator seating (center courts) and locker rooms, and house the Tennis School office.
The Dillingham Tennis Courts also host a number of tournaments each year, and are available on a limited basis to "Friends of Punahou Tennis" for weekend use.

The Dillingham Tennis Courts were dedicated in 1950 in memory of Captain Henry Gaylord Dillingham, with generous gifts from his parents Mr. and Mrs. Walter F. Dillingham and other family and friends. The spacious flagstone plaza at the entrance to the courts was designed by Vladimir Ossipoff.

Henry Gaylord Dillingham '35 was one of four children of Punahou Trustee Walter F. Dillingham (1893) and Louise Gaylord. A Captain in what was then the Army Air Forces, Gaylord flew a B-29 and was killed in action over Kawasaki, Japan on July 25, 1945.
Back