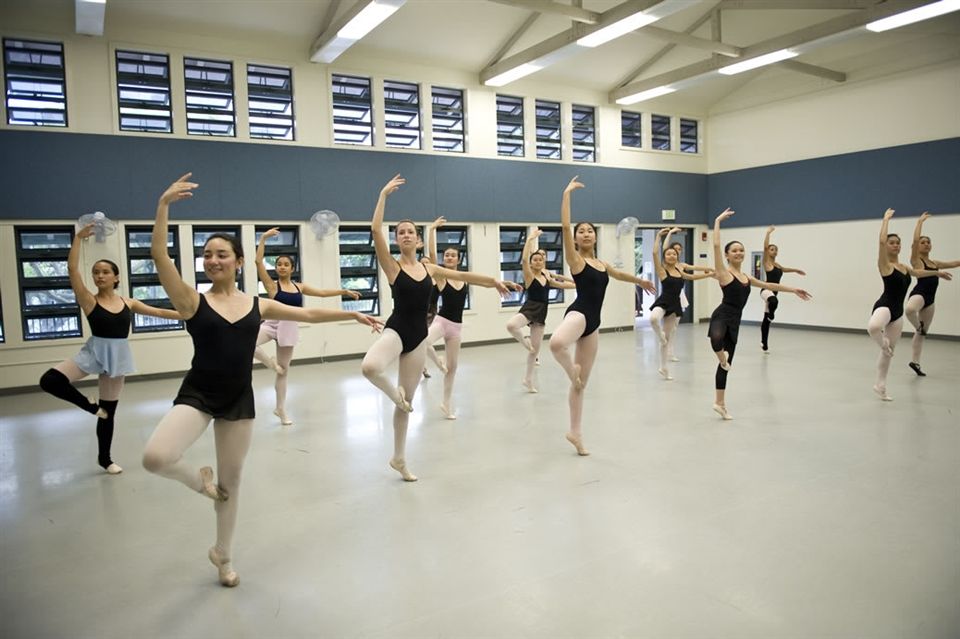 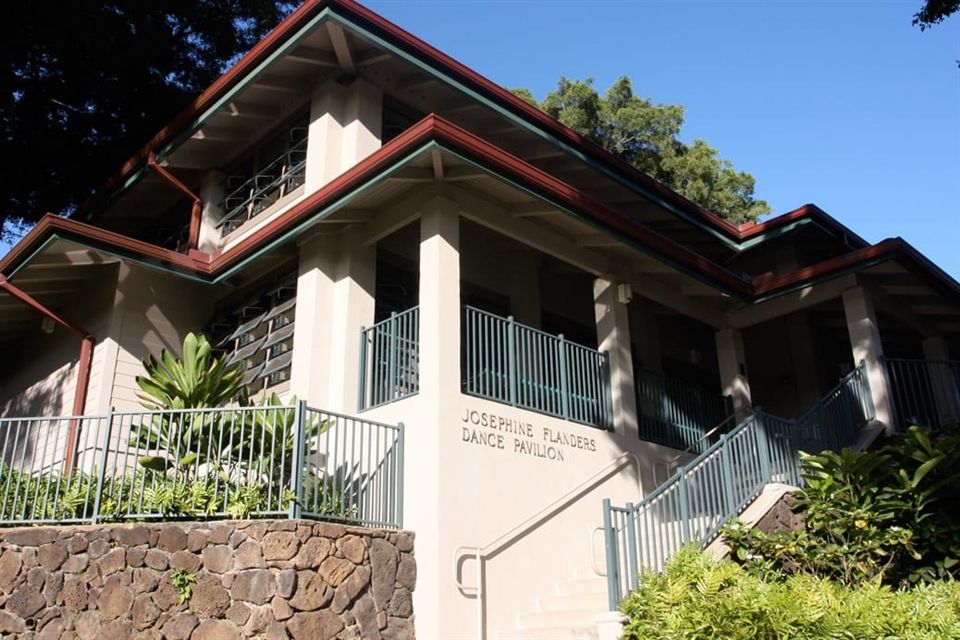 Opened in January 2008, Flanders Dance Pavilion replaced the previous Connors Pavilion, and required the elimination of some faculty housing, which was originally needed during Punahou's years as a boarding school.

Josephine Flanders first came to Punahou in 1950 to choreograph the "Nutcracker Suite." In 1952, she established the Punahou Dance School even before the University of Hawai'i launched its dance department. For 36 years, the indefatigable Flanders ran the school, taught ballet classes, choreographed 25 Variety Shows (introducing generations of teenage boys to stage dance) and whipped up triennial dance extravaganzas at Dillingham Hall. Flanders' influence also extended beyond Punahou defining stage dance for Waikiki and community theatre venues and launching the careers of countless popular entertainers.
Perhaps nowhere else on campus has the sheer force of one personality so dominated a discipline. Flanders originally taught dance in a regular classroom with desks pushed to the side. Beginning with an initial enrollment of about 50, the Dance School quickly expanded to 400 students, all eager to learn tap dancing, hula, acrobatics, musical comedy, or jazz dance under Mrs. Flanders. Recognizing her 25 years of service, then Punahou President Rod McPhee commented, "The name of Jo Flanders is synonymous with dancing in Honolulu."
Back