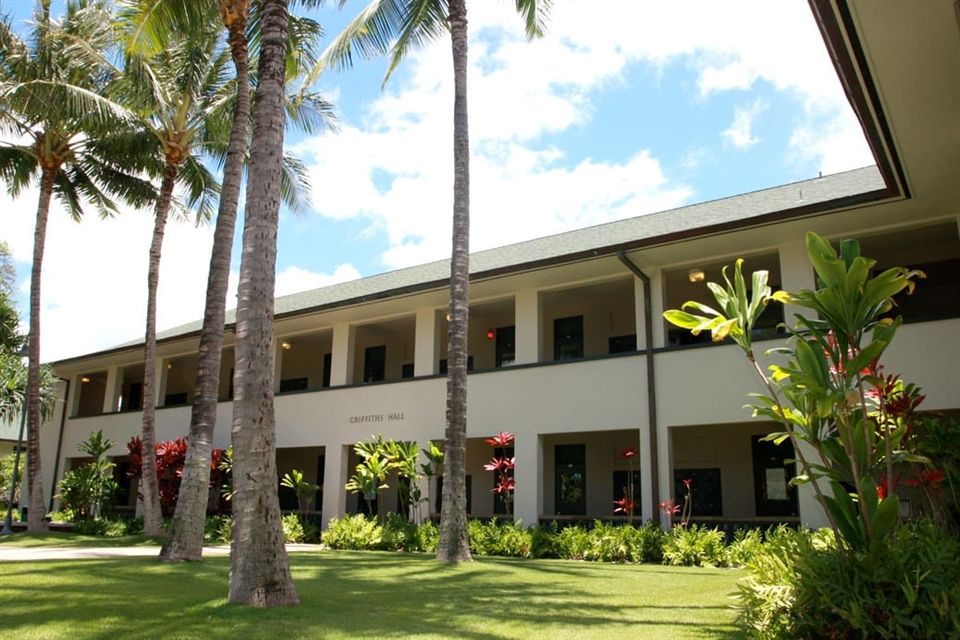 Funded by Walter F. Dillingham and others, the first Griffiths Hall was completed in 1923 to house the girls' locker room in honor of Arthur Floyd Griffiths' dedication to developing physical education programs.
The building became a social center for girls and spurred the growth of the girls athletics program. Rebuilt as part of the Memorial Center in 1952, it was later renamed Forrest Hall.
In 1957, a new building, occupying a space which once was a corral, was completed and named as the new Griffiths Hall.

In 1902, Arthur Floyd Griffiths arrived at Punahou as the 11th President. He was recruited from Rhode Island at the age of 24, although his age was not widely known until after he was in residence.
His 20-year term covered an unprecedented period of growth, expansion of the campus, development of the curriculum and a welcomed span of stability. His leadership and practical sense welcomed long tenured faculty.
The development of athletics and extracurricular activities during Griffiths' presidency was honored in the first Griffiths Hall.
Back