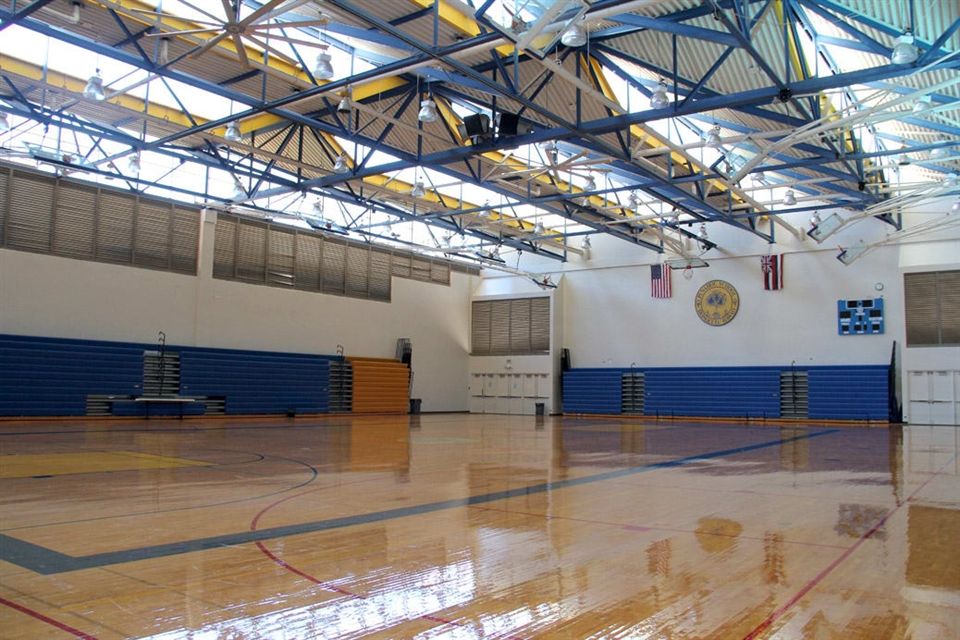 Seating 1,800, Hemmeter Fieldhouse is designed for basketball, volleyball, general physical education and student assembly use. The 20,000 square foot gym is configurable for one main competition court, or up to three practice courts.

Conceived in 1977 as part of the new Physical Education and Athletics Complex, and completed in 1981, the new fieldhouse was named for Punahou Trustee Christopher B. Hemmeter, in honor of his major gift. Hemmeter Fieldhouse replaced Alumni Gym, which was a converted WWII airplane hangar that held 1 full-length basketball court.
In 2008, the building was retrofitted with energy-efficient lighting fixtures, new bleachers, new overhead fans and a new floor. Most of the original maple flooring was salvaged by Re-Use Hawai'i, which aids in reusing and recycling building materials.

Christopher B. Hemmeter came to Hawaii in the 1960s and became a developer while still in his 20s. Often credited with creating the concept of a destination resort, he was the founder and chariman of the Bank of Honolulu, a director of First Hawaiian Bank, a director of the National Symphony Orchestra in Washington D.C., and a Trustee Fellow of Cornell University where he received the prestigious Entrepreneur of the Year award granted to Cornell University graduates.
A Punahou Trustee from 1979 – 1991, Hemmeter moved to the mainland in 1991 and became a casino developer in Colorado and New Orleans. His most recent venture was a successful restaurant near Universal Studios.
Back