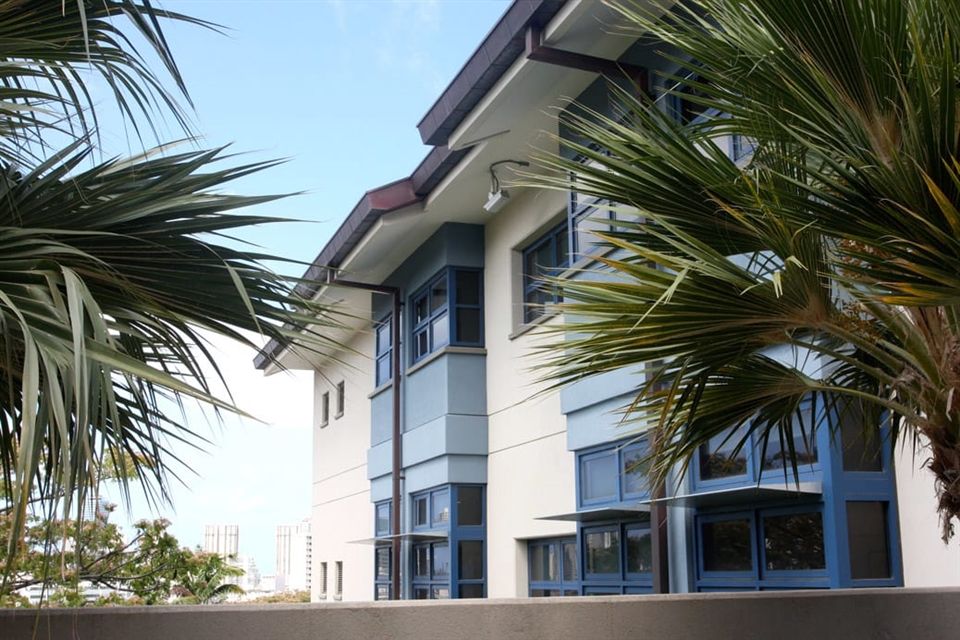 Ron and Sanne Higgins Hall is one of the 7th grade classroom buildings of the Case Middle School complex. The building houses two teams of roughly 90 students each and features 4 classrooms (English, math, social studies and science), as well as team space for gatherings and test taking.

Opened in January 2005, the building's name honors Trustee Ron '75 Higgins and his wife, Sanne, whose generosity and leadership in the area of technology have transformed the learning environment at Punahou.

After spending more than 15 years with technology companies in Silicon Valley, Ron and Sanne returned to Honolulu in 1996 and founded a successful global digital networking company. Ron supported other Hawai'i entrepreneurs as a mentor and investor, and helped bring Punahou further into the digital age with significant investments in its technological infrastructure.
Back