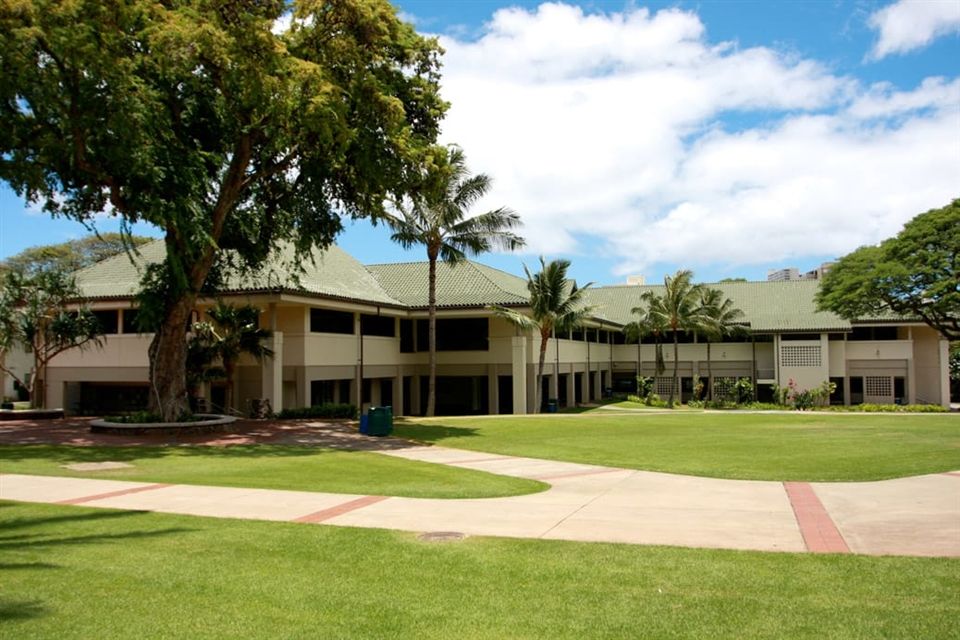 The Punahou Science Center opened to classes in January of 1999. Built in the same location as the previous science facility, McNeil Hall, the building was designed to accommodate an increasing number of students taking science courses and to incorporate dramatic advances in the teaching of science in an interactive learning environment.
In March of 2005, it was renamed Mamiya Science Center, for Richard and Hazel Mamiya.

Richard Mamiya was raised near Palama Settlement, one of four siblings in a single parent family. A gifted scholar and talented athlete, he earned a baseball scholarship at St. Louis High School, where he excelled in the classroom and at baseball, basketball and football. He went on to the University of Hawai'i on a football scholarship where he held the single-game passing record as quarterback for 36 years and was the first inductee to the UH Sports Hall of Fame.
Receiving his medical degree from St. Louis University Medical School, he built a career as one of the most respected heart surgeons in Hawai'i and a true community leader.
As the mother of eight Punahou siblings, Hazel Mamiya was a "forever" room parent, Carnival chair, PFA president, and tireless volunteer for many community organizations. She served as a Punahou trustee from 1984 – 1989, and was succeeded as trustee by her husband from 1989 – 1996.
Back