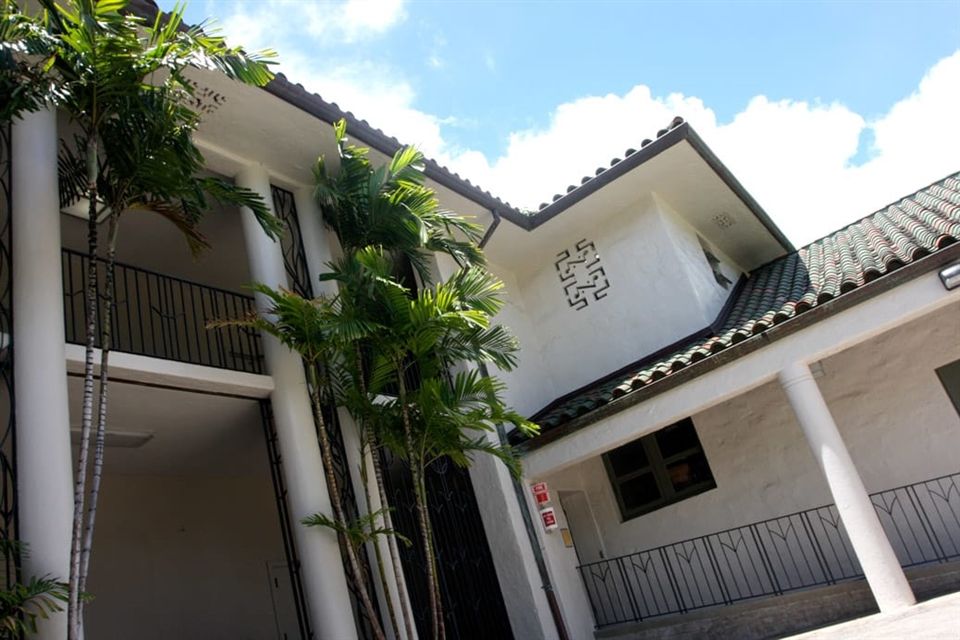 Home of the Punahou Music School, Montague Hall features a large orchestra room, an 80-seat recital hall, 13 sound-proofed studios and administrative offices for the Music School, as well as for the After School Programs Office.

The inclusion of music in Punahou’s curriculum began in the 1800s, relying on the teaching of a single individual responsible for voice, chorus and piano.
By 1919, Punahou’s musical presentations were popular in the community and the Punahou Music School was formed, promoted by Arthur Floyd Griffiths, as an independent institution. Old School Hall was renovated to accommodate the Music School until a gift from the Atherton Family led to the construction of a new facility, Montague Hall, in 1936.

Editor’s Note: The historical text on this page, and elsewhere in our materials, is currently under review to present a more complete portrait of the individuals whose names appear on some of our buildings. The history of Punahou, like that of Hawai‘i itself, is complex, multi-faceted and, at times, difficult to reconcile with our present day values. Punahou today is deeply committed to the principles of diversity, equity and inclusion, and to reckoning with our past as a way of fulfilling our present mission to enable all of our students, from every background and culture, to realize their full potential.
We also believe that history is not written in stone, but that it is up to each generation to find new meaning and understanding in our collective past. We will not always agree on a single interpretation, but we also believe that a forthright discussion of the issues at hand is essential. With that spirit in mind, we invite you to read Ezra Levinson’s ’23 op-ed in the student newspaper, Ka Punahou:
Ka Punahou, Op-Ed: Bingham to Wilcox, Telling the Whole Story
With a growing music program, Montague’s original main recital hall was eventually converted to an orchestra room, and several of the individual studios were combined to create a smaller (80-seat) recital hall.
Juliette Montague Cooke
The Atherton Family, in 1936, chose to honor Juliette Montague Cooke and her daughter, Juliette Montague Cooke Atherton, with a gift to Punahou to establish a music building.
Mrs. Cooke, wife of Amos Star Cooke, arrived in Honolulu in 1837 and, with her husband, founded the Chiefs’ Children’s School. She was known for her love of music and taught most of the singing classes at the Mission and in the school. Her daughter, Juliette Atherton, was born in the school in 1843. She attended Punahou, graduating in 1860. Mrs. Atherton was active in promoting culture in Hawaiʻi.
Back