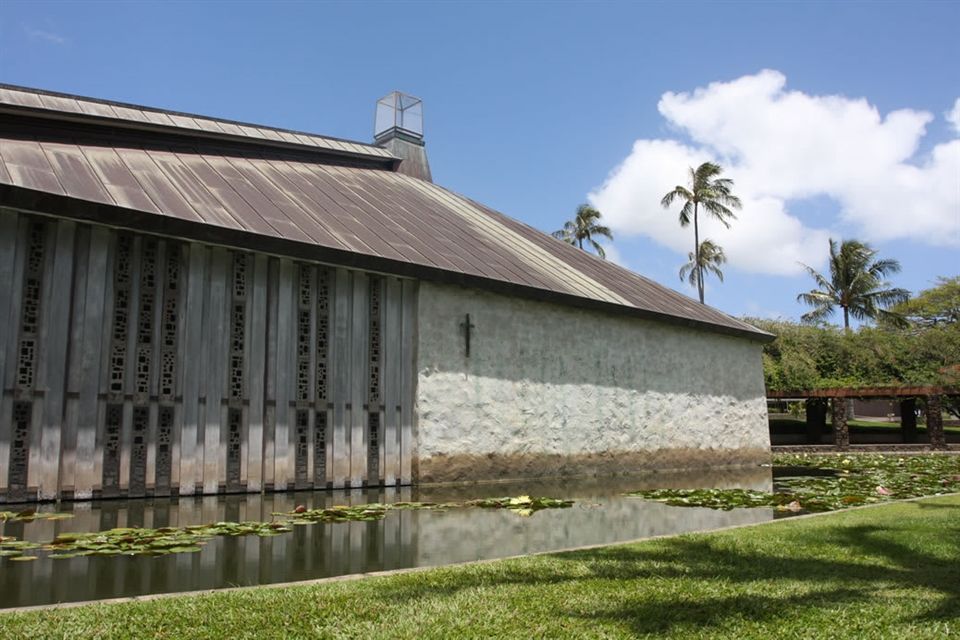 Designed by Honolulu architect Vladimir Ossipoff, Thurston Memorial Chapel was built in 1966 and appears to rise up out of Punahou's famed Lily Pond. Formed from the natural spring "Ka Punahou" that bore the name of the lands and the school, the Lily Pond teems with life and flows both next to and under the chapel walls.
The entrance doors, made from koa wood, feature sculptured panels that were designed by Jean Charlot and crafted in copper by Evelyn Giddings. Thirty-two scenes from the life of Christ were picked from thousands of student entries, from which Charlot provided drawings. Another artist, Erica Karawina created the chapel's stained glass.
The new Allen organ was funded in part by a grant from the McInerny Foundation in 2016.

The chapel was a gift in memory of Robert Shipman Thurston Jr. '41 by his parents. Thurston was lost on a military plane in 1945 in the Pacific area.
Back