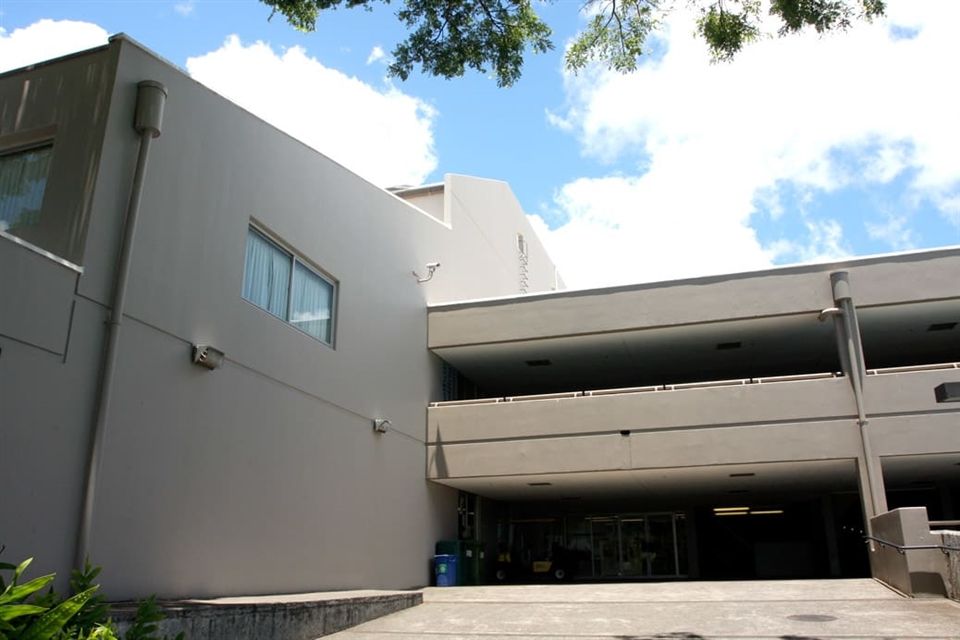 Physically replacing the previous J. B. Castle building and Armstrong Hall, Thurston P. E. Center was completed in the summer of 1980, as part of the massive Physical Education and Athletics Complex renovation project.
Thurston “Twigg” Twigg-Smith ’38 and brother David pledged a generous gift to support construction, in memory of their great-great-grandfather Asa Thurston.
Asa Thurston
Born in Massachusetts in 1796, Asa Thurston worked as a scythe maker until he was 22 years old. He later graduated from Yale College in 1816 and Andover Theological Seminary in 1819. He was ordained with Hiram Bingham I, one of the founders of Punahou, and sailed with him as part of the First Company of missionaries.

In addition to building churches and schools and a considerable following, he was one of the first translators of the Bible into the Hawaiian language. One of the few extant copies of this Baibala Hemolele is part of the Punahou Hawaiian archive. Asa and Lucy Goodale Thurston had five children, one of whom, Thomas Gairdner (1856), attended Punahou. Subsequent generations were prominent in the development of Punahou and in the history of Hawaiʻi.