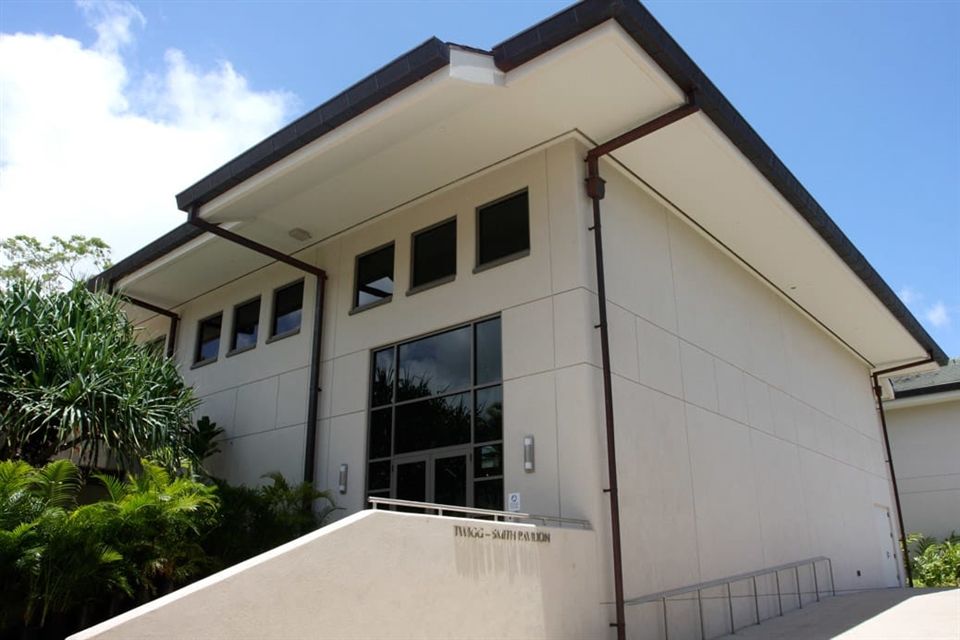 This 6th grade Creative Learning Center offers a gathering place for students from across the Junior School for performances, talks and various other activities. Twigg-Smith Pavilion holds up to 400 people, with 175 fixed seats and movable bleachers with backrests.

Completed in 2004, the pavilion honors alumni and Trustee Thurston Twigg-Smith '38.

Thurston "Twigg" Twigg-Smith came to Punahou in the 10th grade on a scholarship and soon established his life-long commitments to the class of 1938 and Punahou.
Coming from a long line of Punahou leaders, Twigg's great-great-grandfather was a trustee from 1851 to 1862 and his grandfather served from 1896 to 1930. A great-uncle served in 1851. Twigg himself was a trustee for 42 years, from 1955 to 1997. Seven generations of his family have been students at Punahou.
Twigg took pride in his varied schooling background, never attending any school in Hawai'i for more than three years. When Punahou's then principal Jack Slade suggested Twigg apply to Yale University, where he might also get a scholarship, it began his life-long interest in scholarships and the kind of loyalty and support they develop in the recipients.
His own financial support for the School began with Punahou's Centennial celebration in 1941, when Twigg became one of the charter donors to "Living Endowment" with a contribution of $4 from his scholarship job earnings at Yale. He has given every year since at a level that eventually reached many more zeros, and Twigg has been a leadership donor in every Punahou campaign since becoming a trustee.
Twigg's generous philanthropy has extended across Hawai'i and the nation and earned him the "1997 Outstanding Philanthropist of the Year" award as well as the highest Punahou Alumni award, the "O in Life," in 1981. Punahou and generations of its students are fortunate to have benefited from Twigg's extraordinary philanthropy.
Back