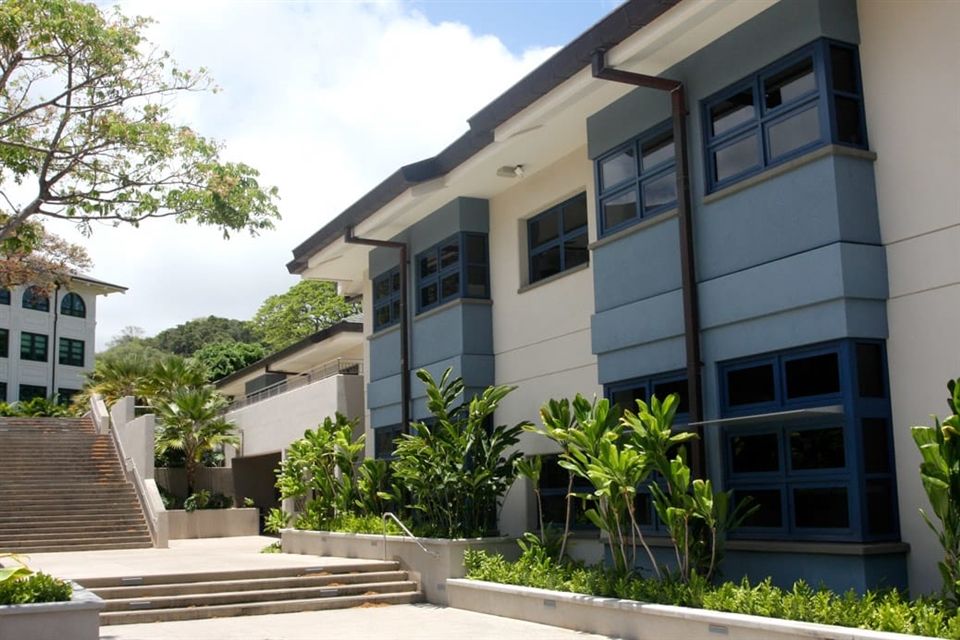 Kazuo and Mary Yamane Family Hall is one of the 7th grade classroom buildings of the Case Middle School complex. The building houses two teams of roughly 90 students each and features 4 classrooms (English, math, social studies and science), as well as team space for gatherings and test taking.

The story of the Kazuo E.Yamane family is emblematic of Japanese Americans in Hawai'i. One of 13 siblings, he and three brothers were drafted into the U.S. military in 1942, assigned to the 100th Infantry Battalion--one of two Japanese American military units along with the 442nd Regimental Combat Team. Yamane was ultimately one of the first 60 nisei volunteers to work with the U.S. Military Intelligence Service, and while on secret assignment to the Pentagon, one of the first four nisei servicemen permitted inside the Pentagon after Pearl Harbor. Yamane's foresight and attentiveness led him to uncover and identify important enemy ordinance documents which significantly increased the effectiveness of U.S. military strategies. The story of the nisei veterans' role in World War II has been widely documented and for Yamane, as with many men of his time, wartime service has defined his identity as an American citizen, even after re-entering professional life in Hawai'i after the war.

Kazuo and his wife Mary (ne. Shiyomura) married and made their home in Honolulu immediately after the war. They raised four children, three graduating from Punahou: Deane '64, Joyce, Dwight '67 and Steven '78. Seven grandchildren followed in the next generation, six of whom attended Punahou, ranging from the classes of 1987 through 2010. Together they represent 65 years of Punahou education and experience. Yamane family ties to Punahou extend beyond the Kazuo Yamanes to seven other families descended from Yamane nisei siblings.
Back