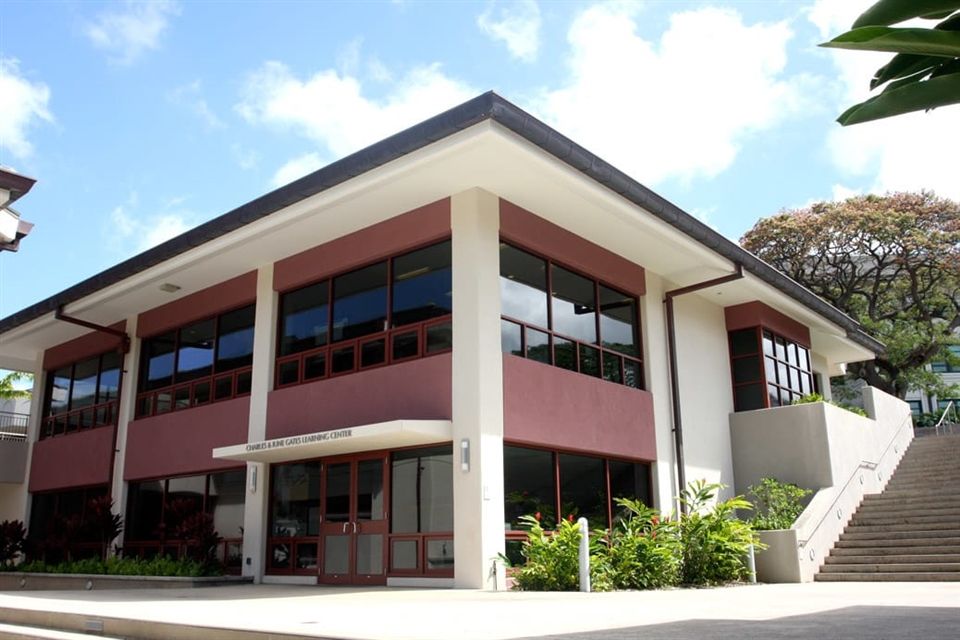 Charles and June Gates Learning Center opened in the spring of 2005 as the Creative Learning Center for the 8th grade in the Case Middle School. This building featured the campus' first photovoltaic panels, representing the project's commitment to sustainable development with self-generated power.

During the 1930s and early '40s, five of seven siblings of the Gates family attended school in both Denver and at Punahou. Charlie and and brother Harry took over the family business, the Gates Rubber Company, and expanded it into an international success. The family has maintained strong ties to Hawai'i, particularly to Punahou School, which has been generously supported over the decades by the Gates family, the Gates Family Foundation and the Gates Frontiers Fund.
Sharing Punahou's mission to instill educational values, stimulate curiosity and encourage discovery, the Gates Family Foundation first funded the Gates Science Workshop in the Mamiya Science Center in 1998. This innovative space inspired a whole new level of scientific and engineering exploration and learning across the campus. As the Case Middle School was developed, Charlie Gates once again expressed his and his wife's commitment to Punahou through their support of the 8th Grade Creative Learning Center. Designed to inspire innovation, invention, and business and social entrepreneurship, the center is named in honor of Charles and June Gates, celebrating the goals shared by the Gates family and Punahou School in achieving educational excellence.
Back