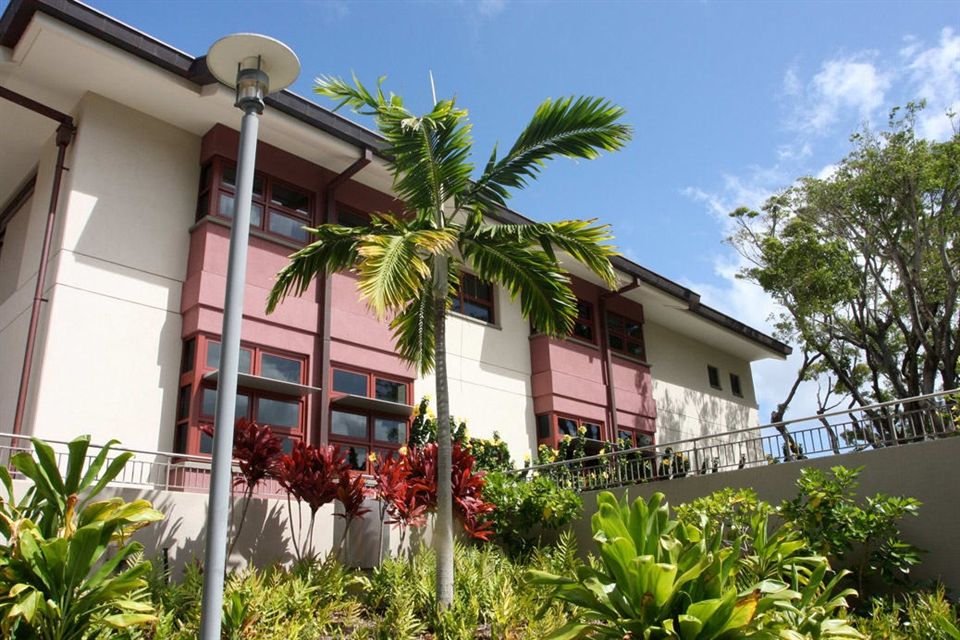 Leong Hall is one of the 8th grade classroom buildings of the Case Middle School complex. The building houses two teams of roughly 90 students each and features 4 classrooms (English, math, social studies and science), as well as team space for gatherings and test taking. The ground floor of Leong Hall houses the middle school's wood shop.

Ricardo and Dr. Rosita Leong Hall is one of the 8th grade classroom buildings which opened in January 2005 as part of Case Middle School. It honors the Leong family whose four children attended Punahou.

In 1973, Ricardo and Rosita Leong made a bold decision, uprooting their family from Manila and moving to Hawai'i, where they had few friends and no family. The year before, martial law was declared in the Philippines, creating great political instability. They believed that life for their four children would be better and safer in the United States. Ricardo kept his well-established business in Manila, commuting back and forth to Hawai'i. Rosita left her successful career as a physician to attend to her family full-time.
Punahou School was unknown to them when they first arrived in Hawai'i, but soon they aspired to have their children attend Punahou because of its academic reputation.
Back