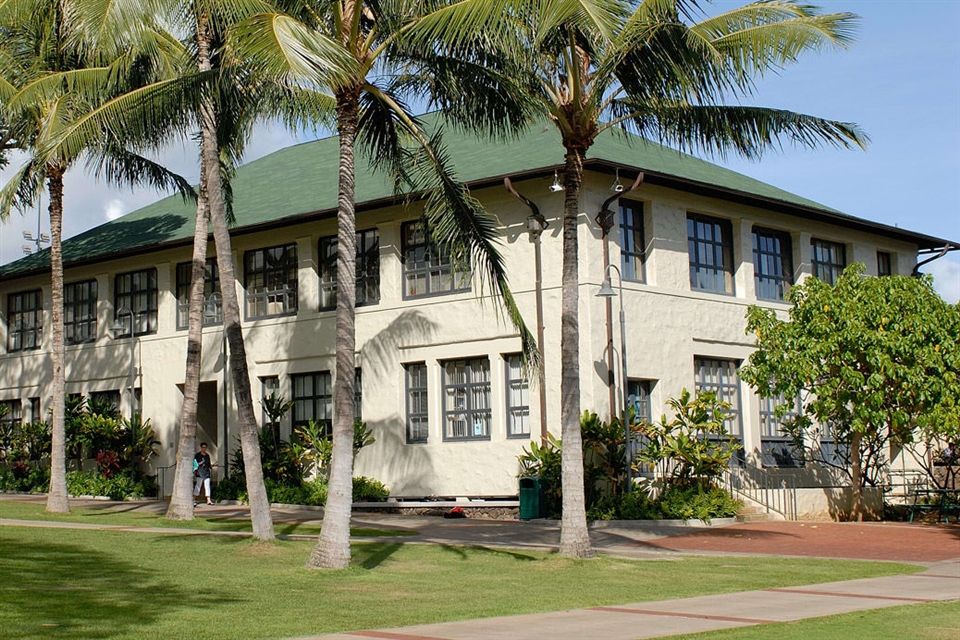 In 1918, Punahou underwent organizational changes, including the opening of a Junior Academy (grades 7 – 9), moving the school from two units (Preparatory School and the Academy) to three (Elementary School, Junior and Senior Academies) and prompting a need for an administration building.
It was not until 1933, when the two Academies were partially merged to be more efficiently administered, that Alexander Hall was finally built, named for William D. Alexander.

William DeWitt Alexander attended Punahou from 1842 to 1849 before earning a law degree from Yale. He began his Punahou career as a professor of greek in 1855, and was appointed Punahou's 4th president in 1864, the first Punahou alumnus to serve in that capacity. Retiring as president in 1871, he continued as a Punahou Trustee from 1875 to 1910.
Back